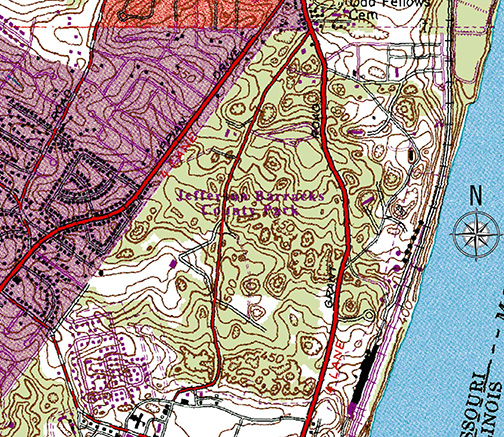 We’ve all seen the horrific pictures of the sinkhole in Florida that swallowed up a man while he was sitting in his bedroom.  KSDK-TV (NBC) in St. Louis wanted to know if such a tragedy happen could happen here in the St. Louis area?  Reporter Grant Bissell interviewed Geotechnology’s Doug Lambert, RG, Geophysical Group Manager about sinkholes.  Doug did a terrific job in explaining what sinkholes are, how they are formed, and why, despite our area having a high number of sinkholes, a tragic collapse like the incident in Florida would likely not occur here.  The story aired on KSDK’s 6pm newscast on Wednesday, March 6.

Here’s the link to the story.  KSDK Interview Sinkholes in Missouri