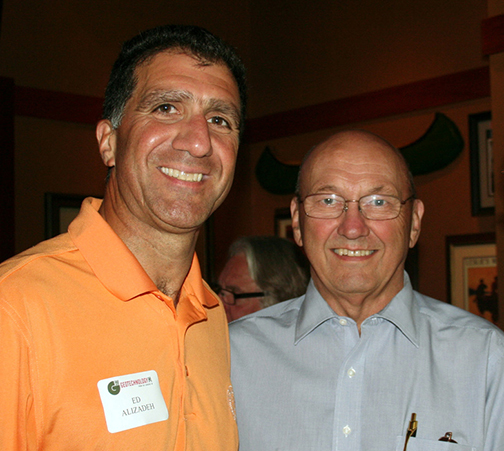 Phil joined Geotechnology in 1995 and was an integral team member on some of the largest projects in Missouri and Illinois, including the Lambert Airport expansion, Metrolink,
I-64 expansion and the new Mississippi River Bridge.

“We are so grateful to have benefited from Phil’s expertise and friendship these past 17 years,” said Ed Alizadeh, President and CEO, Geotechnology, Inc. “He leaves a lasting legacy from having mentored countless young engineers throughout his career.”

Phil is an active member in several professional organizations and has held the office of Past President for the Engineers Club of St. Louis, and the St. Louis Chapters of the Society of American Military Engineers, and the American Society of Civil Engineers. Most recently, Phil was named 2012 Engineer of the Year by the Missouri Society of Professional Engineers.

On the bright side for the company, Phil will continue as a senior consultant for Geotechnology on an as-needed basis.

Phil was guest of honor at a retirement party on June 29, attended by his wife Barbara, and many of his friends and co-workers, at the BlackFinn American Grille at the St. Louis Galleria.