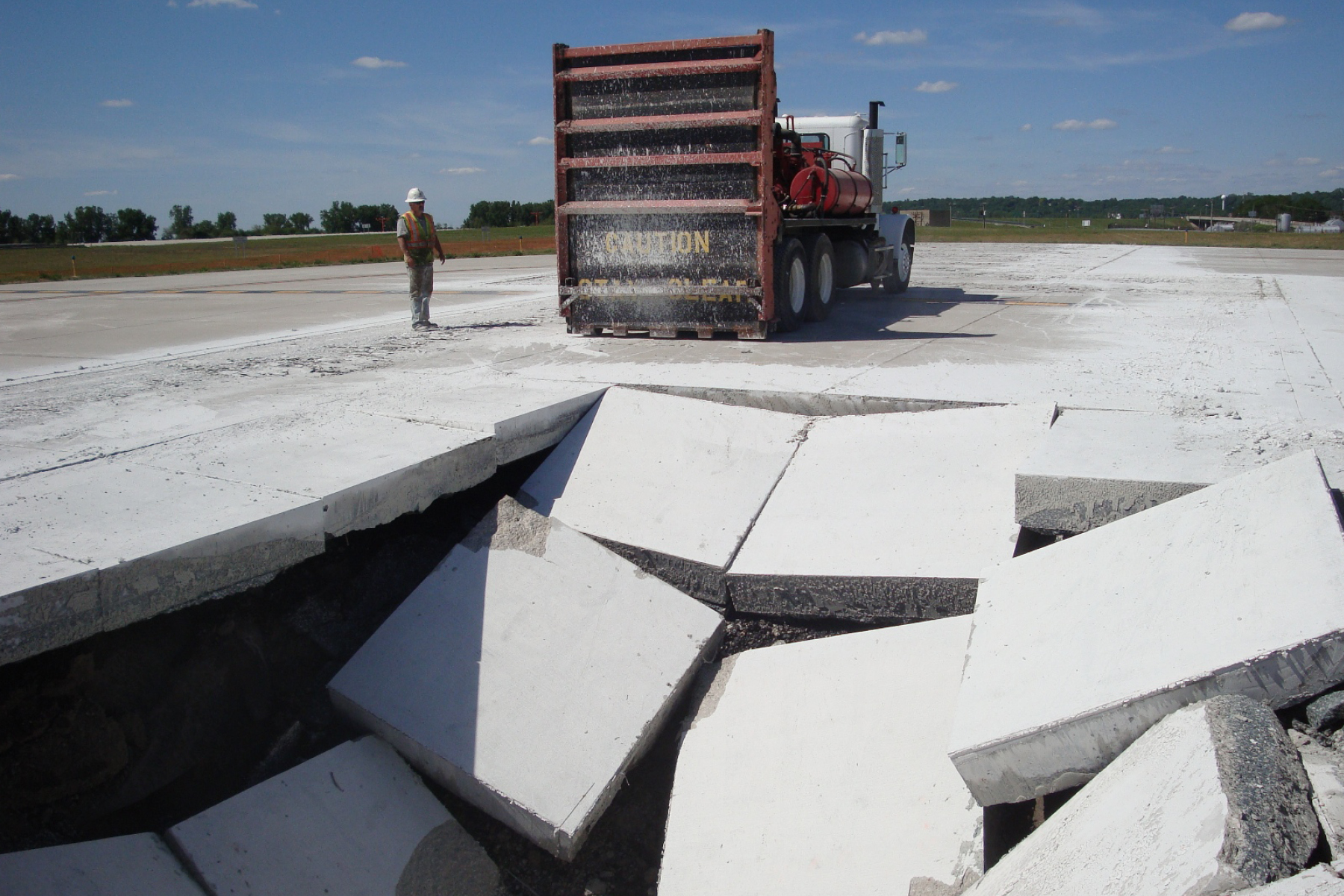 Detecting Sub-Pavement Voids Before They Collapse 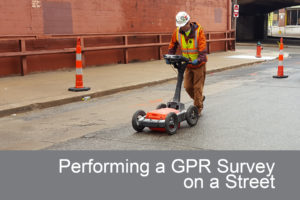 Voids can develop beneath pavements for a variety of reasons, including broken water lines, failed sewers, settlement of poorly compacted fill, downward erosion of soils into sinkholes, or storm water erosion. We have mapped and verified voids beneath roads, airport taxiways, parking lots and active industrial facilities. Regardless of their cause, these voids have the potential to cause pavement damage ranging from minor cracking to catastrophic collapse. You save money if you find voids and fix them before your pavement fails.

To reduce the occurrence of significant pavement failure, disruption, and potential harm to the public, voids beneath pavement can be proactively mapped during the early stages of development and addressed through a focused grouting program or other pavement repair option.

Geotechnology uses Ground Penetrating Radar (GPR) to quickly and cost-effectively map voids beneath pavements. GPR data can be collected and interpreted along single profiles, or for greater resolution, combined into multiple parallel survey lines to generate three- dimensional data blocks. These blocks of data can be viewed from the sides or the top (and bottom) to image the lateral extent and sometimes the height of the suspected voids. Our dual frequency equipment allows us to simultaneously scan for small voids against the underside of the pavement as well as deeper voids related to utilities or other deep sub-pavement features.

As an example, since 2016 Geotechnology has annually performed GPR street void surveying the City of Florence, Kentucky street maintenance program. The City uses the void survey results to budget and greatly economize their pavement maintenance activities. Previously, the City would grout or underseal entire streets with a closely-spaced grid pattern of injection holes. Now, the City targets their grouting to fill only the voids detected by our void surveys. The City estimates a savings of more than 70% is recognized each year by this targeted grouting.