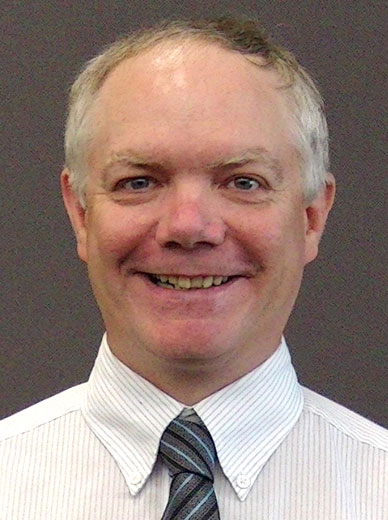 Duane Kreuger, RG, PG, has been promoted to Branch Manager of the St. Louis, Missouri office of Geotechnology. The new position which will officially begin January 1, 2012 was created in part by the growth Geotechnology has seen over the last few years. “It was a lengthy process as every person we interviewed had the skills and knowledge to do a terrific job. Ultimately, we know Duane is the right choice to lead the St. Louis branch”, Ed Alizadeh, President and CEO, stated at the employee meeting in December.

As a member of the Association of Environmental & Engineering Geologists (AEG), Mr. Kreuger currently holds the position of Past President, and Chair of the Advertising/Sponsorship/Exhibit Committee. He is also a member of the National Ground Water Association (NGWA). Mr. Kreuger began his career with Geotechnology in 1992 as a member of the Environmental Services Team then in 2009 he became the Environmental Group Manager. Throughout his tenure, Mr. Kreuger has been an instrumental team member, project manager, and group manager for hundreds of projects large and small in the various Geotechnology offices. “I am grateful to the firm for providing me this opportunity, and I look forward to working with everyone, not only in St. Louis but each of our three other branch offices, to help them, and thus Geotechnology, reach our collective goals”, Mr. Kreuger said on Friday. Beyond his professional dedication and commitment to the industry, Mr. Kreuger is an avid fisherman and especially enjoys bass fishing all across the lower 48.

NGWA, NGWA.org, is composed of U.S. and International Groundwater Professionals- contractors, scientists and engineers, equipment manufacturers, and suppliers. Their purpose is to provide guidance to members, government representatives, and the public for sound scientific, economic, and beneficial development, protection, and management of the world’s groundwater resources.