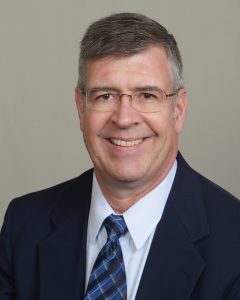 From wetland mitigation to permitting to endangered species assessments, Jack Finley is an expert in helping clients through the due diligence required before projects can take place in areas labeled as wetlands.

“I really get into the weeds to advise clients,” Finley said. “I work with our engineers and our client’s engineers and get everyone on the same page to understand the restrictions, impacts, permits, and the monitoring required afterwards. Anything that can stop or derail a project has to be considered.”

Finley recently joined Geotechnology as a Senior Wetlands Scientist and he’s ready to put his knowledge and experience to work. His background includes 16 years at engineering firms, including general, civil and geotechnical, primarily in wetland delineation. The common denominator, he says, has been navigating the complex and changing landscape of wetlands regulations at federal, state and local levels and determining if a project has any impacts that could affect it.

Finley, who is a Professional Wetland Scientist (PWS) through the Society of Wetland Scientists, has conducted wetlands work in 18 different states, so he knows how important it is to educate himself and his team on the intricacies of different jurisdictions, and to keep up with changes to the laws.

“State and regional requirements must be met before a permit is valid,” Finley said. “New guidance can cause issues and it varies from state to state, so we really pay close to attention to the rules.”

Threatened and endangered species are one of the areas that Finley tracks. He said several species of bats in the Midwest are currently at risk because of habitat loss and disease. State and regional permit conditions require protecting bats and other listed species.

Another area of change is in federal EPA and U.S. Army Corps of Engineers regulations related to the definition of “waters of the United States (WOTUS),” Finley said. In 2020 the Navigable Water Protection Rule simplified permitting by removing federal jurisdiction of streams that only flow during and just after precipitation. However, that rule was vacated in 2021 by the U.S. District Court in Arizona, reverting to pre-2015 regulations.

“The current administration is putting together a revised definition of streams that are subject to permitting,” Finley said. “This may be the year that they announce the proposed new regulations.”

Finley also works with clients to reduce the chances that an “individual permit” will be required. For many projects that will have an impact greater than one-half acre, individual permitting is required, which means a longer, more involved approval process, with public notices and a comment period.

“A nationwide permit can usually be achieved in a couple of months, but an individual permit can take six to nine months or longer. That’s why we try to work with the client to get the impact down to less than a half-acre,” he said.

Finley says he gets a lot of personal satisfaction from his work guiding clients through mitigation and permitting projects. He said it’s also rewarding to preserve natural areas.

“There are unavoidable impacts in our work, but I help clients set up ways to offset those impacts – for example the wetlands that may be lost will be replaced by new wetlands,” he said.

Mitigation is typically required to occur within the same watershed, and one approach that the Army Corps of Engineers prefers for an owner/developer to buy credits from mitigation banks. Mitigation can also be provided through in-lieu fee programs with state or non-profit groups that address environmental issues, such as wetland restoration.

“We can help a client adhere to the regulations and go forward with their project. We assist them with making decisions on where to build or not build, and where to adjust their designs. We streamline the process for them,” Finley said. “If mitigation costs could derail a project, we’ll let them know as early in the process as possible.”

In his new role at Geotechnology, Finley is part of the Central Region Environmental Group, working out of the Overland Park, Kansas office.

“I’ll be involved with all the regions, though. I will work wherever I am needed,” he said.

So far, his job is going well.

“Geotechnology has a really good culture. I had an immediate bond with my coworkers. The onboarding process was great – 30 Zoom meetings in the first week! It really got me into the flow of things” Finley said.