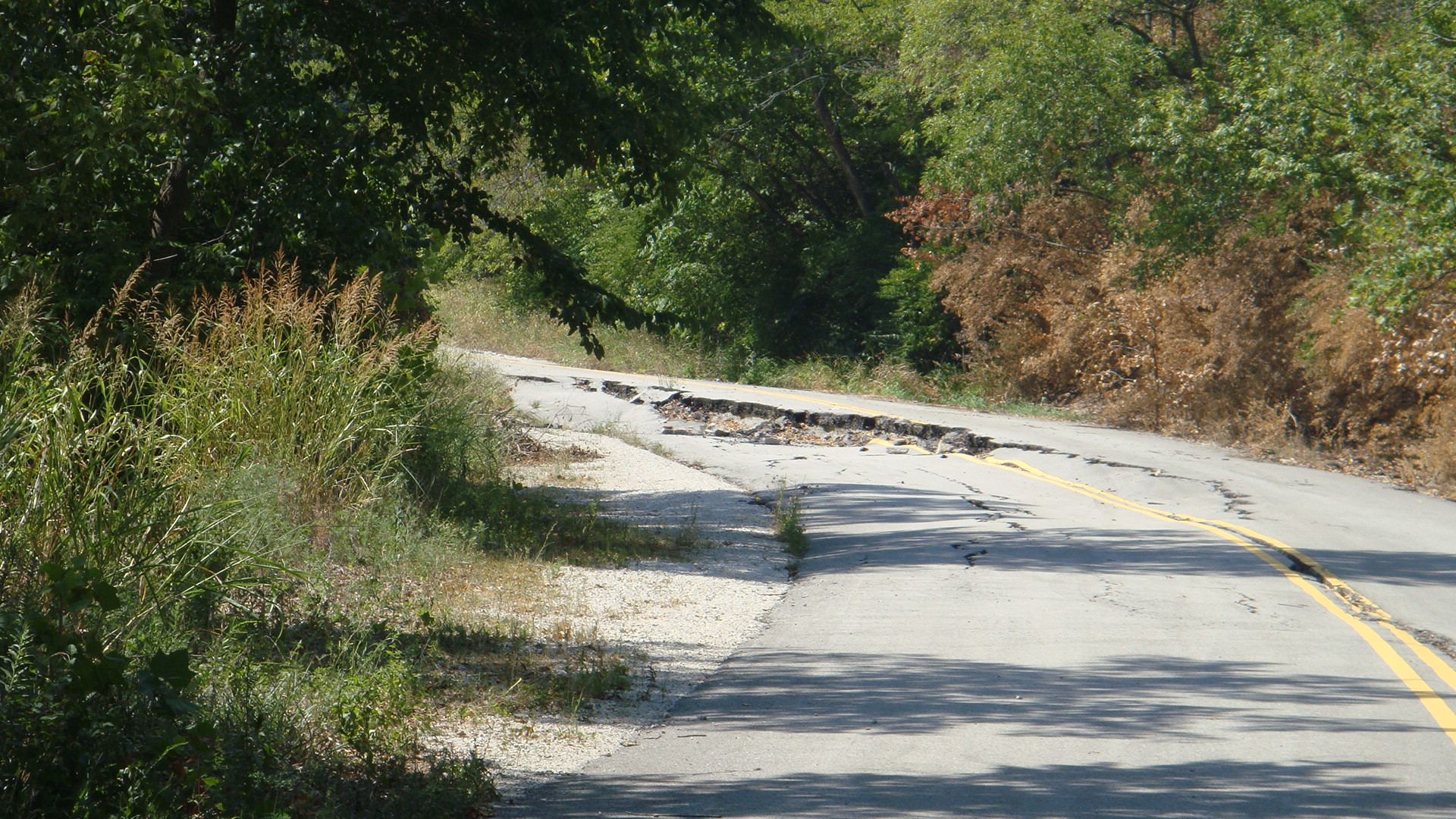 As part of the Blue River Road project, Geotechnology was contracted to provide forensic research, geotechnical evaluation and geophysical testing along Blue River Road between I-435 on the south and E 87th Street on the north. We were tasked with determining the cause of pavement distress and slope failure in several locations.

The subsurface exploration included drilling over 60 borings and installation and monitoring of piezometers. This also involved extensive site reconnaissance and research along with geotechnical laboratory testing and engineering. Geophysical methods were used to determine depth to bedrock, potentially locate underground utilities and further evaluate subsurface conditions.

Test pits were performed to confirm and supplement the collected geophysical /boring data. They also revealed the nature, composition and location of existing fill, rock characteristics of the buried bluff, and observations of the failure plane.

It was concluded that the failures were the result of a deep-seated global failure of the soils near or slightly above the shale bedrock. Geotechnical conclusions were supported by pinched casing of instrumentation from former geotechnical explorations. Observations in the test pits also informed our conclusion.

Slope stability analyses were completed for the conceptual design repair options. Rock cut slope considerations were included in one of the repair options.