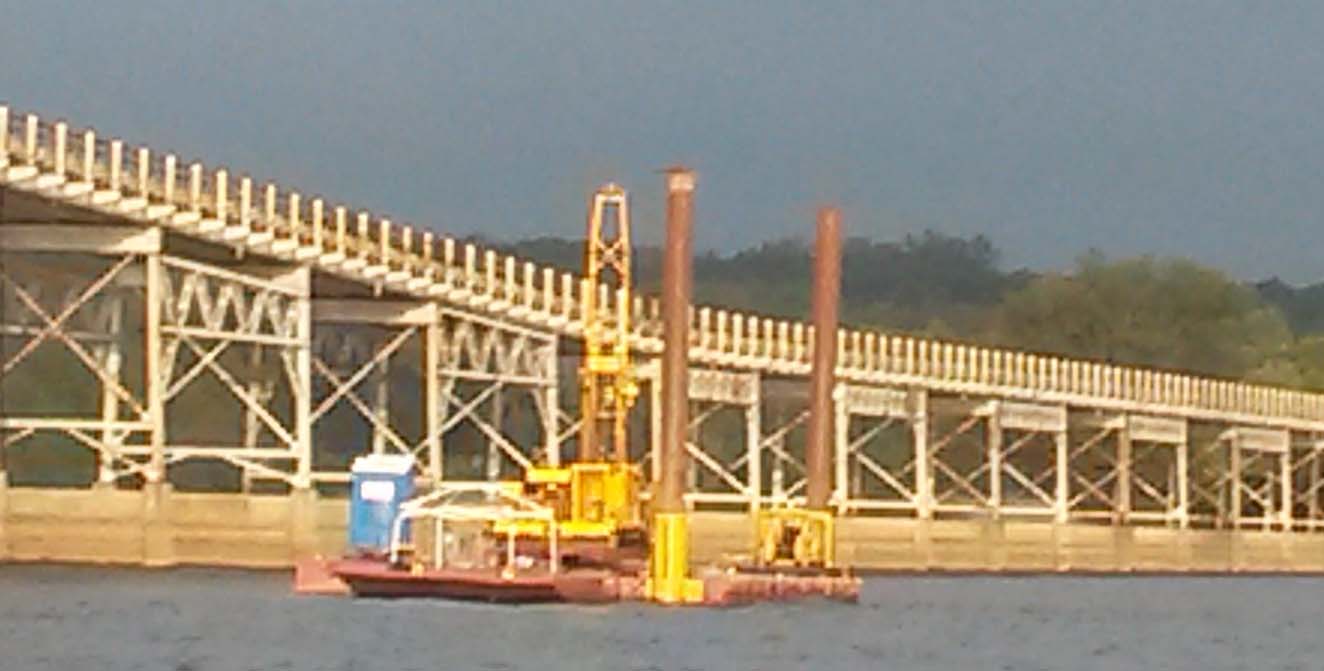 Drilling was accomplished by advancing HW-size wireline casing with a wireline casing advancer to the bedrock surface, and potentially to the bottom of any encountered void. Coring was accomplished ahead of the casing using NQ-size double tube core barrels with chromed inner tubes and Ultra 8 impregnated diamond bits. The drill procedures and work plan were approved prior to beginning work by both KYTC and the Army Corps of Engineers, Nashville District.

Voids up to 28.1’ in height were encountered in the original 36 rock core holes and the Bridge Contractor (in conjunction with KYTC) expanded the scope of work on multiple occasions to add an additional 26 holes onto the original 36 holes to better define the undulating bedrock surface and the extent of the encountered voids.

The Kentucky Transportation Cabinet (KYTC) has replaced the existing US68/KY80 Lawrence Memorial Bridge over Lake Barkley. This is one final portion of US68/KY80 to be widened to  four lanes from Mayfield to Bowling Green. Geotechnology, Inc. was contracted by the Bridge Contractor to perform a total of 36 rock core holes at the drilled shaft foundation locations and 1 rock core hole at an end bent location. The rock core holes were drilled from a floating plant (barge). Geotechnology also installed two tell-tales (settlement monitoring devices) at the bridge approach locations.

The general project location is characterized by a karst-prone limestone bedrock formation with voids ranging from open to sand and/or clay filled. The bedrock also contains a high percentage of chert nodules and layers.